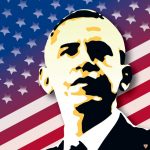 President Obama is not mincing words: At his White House press conference following the massacre of nine students in Oregon, he stated “Our thoughts and prayers are not enough! For those who want to see tighter gun laws, we must become ‘single-issue voters.” The president predicted there would be little action in Congress to prevent shootings like the one in Oregon “until Americans hold elected officials accountable at
the polls.”

He added, “You have to make sure that anybody you’re voting for is on the right side of this issue. And if they’re not-even if they’re great on other stuff-for a couple of election cycles you’ve got to vote against them, and let them know precisely why you’re voting against them. And you just have to, for a while, be a single-issue voter, because that’s what happening on the other side.”

In the last newsletter, I quoted the Pew Research Center’s 2014 study showing a dramatic increase in our “Nones” (Atheists, Agnostics, Non-religious and Unaffiliated) across all genders, generations, and racial and ethnic groups. It has surged from 16.1% of U.S. Adults in 2007 to 22.8% in 2014—now greater than the total of Jews, Muslims, Buddhists, Hindus, etc., and actually greater than the total number of Catholics. This is incredibly good news, and the timing couldn’t be better for all of us to act as single-issue voters and also shamelessly borrowing techniques from “the other side.”

There is a crucial lesson here for NYCA. If we are to fight the growing threat of right-wing politicians imposing religious practice on the country’s secular life, we have to focus as hard, and as urgently as the NRA to keep our Church and State absolutely separate. As I stated at our September monthly meeting: You may think that other issues-like climate change, the environment, the economic divide, terrorism, the population explosion, poverty, hunger, and clean drinking water-are more important. But think again: most of these causes have many supporters and significant financial support, so your individual impact will be trivial. But your individual actions and commitment to NYCA’s Pro-Separation program would have a much greater impact.

We have 12 months: We (Atheists and Nones) must act as a Pro-Separation single-issue voting bloc to be sure that candidates for every office get our message and act on it. We have established a NYCA 2016 election committee; there’s plenty to do and no time to waste in the months before the election. Join the campaign now: email us at nycatheists@gmail.com

STEP ONE: Database and Scorecard

At the same time, we have to build a database of contacts: Federal, State, County, and City candidates running for office in 2016. We need their names, addresses, emails and phones. Because speed is always of the essence-especially during political campaigns-it will enable us to act and react, fast! With the database, we can deliver our message by email, snail mail, or in person. If there’s no response, we will follow up via phone, email and/or in person. Keep up the pressure!

A scorecard is a questionnaire that asks incumbents and candidates their position on issues. The NYCA Scorecard must ask explicit questions: Would you vote in favor of public funds for parochial/religious schools? Would you allow religious staff to teach secular subjects?

Since many secular organizations have their own scorecards, I suggest we look at them to see how they work. I also recommend that we have no more than 10 questions.

STEP TWO: Getting our message out

Scorecard results will be published on our Web site and via email to our members and email lists, and by press releases and flyers distributed to the public to as many voters as we can corral. Numbers count as much as speed. When the scorecards come back from the candidates, we will tell them we will support and vote for them-or NOT-because of their position on the Separation of Church and State. We will request meetings with them to discuss their views, and make clear that we will vote FOR them ONLY if they are on the right side of this issue.

Other successful single-issue groups include the National Abortion Rights Action League; Mothers Against Drunk Driving; the NAACP; GLAAD (Gay and Lesbian Advocates and Defenders; the ACLU; ActUp; and the National Coalition Against Domestic Violence. Go to their Web sites and request their materials, or even join up to observe-closely-how they express their goals, and how they achieve and publicize them. Learn from their accomplishments and find ways to put them in the service of NYCA’s election-year campaign.

With your help, NYCA and Nones can become a potent Pro-Separation single-issue team, and stop or slow the unconstitutional influence of the Religious Right. These are some of the ways you can have a real impact:

We are no longer in this alone! Because of the exploding number of non-religious voters, the time is now to confront the religious right. This election year is a great opportunity to support one of our country’s founding principles and strenghten it for the future.